Nitrocellulose is a compound produced by the action of nitric acid and cellulose (mainly cotton or wood pulp), the nitro group replaces the hydrogen on the hydroxyl group of the cellulose molecule, commonly known as nitrocellulose. 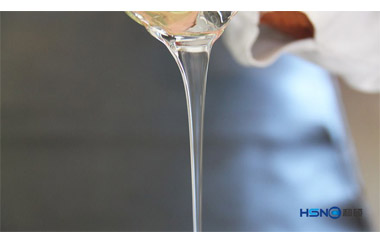 In 1838, T.J.Peluz first discovered that cotton could explode after being soaked in nitric acid. This was the first time in the world that the existence of cellulose ester derivatives was discovered; in 1845, German chemist CF Schonbein dipped cotton In the mixed solution of nitric acid and sulfuric acid, and then wash off the excess acid, thereby inventing nitrocellulose, the industry generally believes that this is the successful preparation of nitrocellulose.

In fact, under stable storage conditions, the decomposition rate of nitrocellulose is very slow and difficult to detect. It has good stability and will not decompose spontaneously for long-term storage.

You can feel the power of nitrocellulose burning, how can you not spontaneously ignite? Let me talk about it below.

Secondly, contact with acid is strictly prohibited. If the finished nitrocellulose contains a small amount or a large amount of acid, it will cause the local acid concentration to be too large, causing denitrification and hydrolysis, and the hydrolysate will further decompose the nitrocellulose. This automatic catalytic process is repeated, which will eventually lead to the burning of nitrocellulose explosion.

Previous What is the Relationship Between Nitrocellulose and Plasticizers?
Next What Was Done Prior To Dynamite Was Developed?